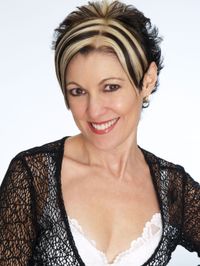 Nicknamed the 'Little Dynamo' for her stature, passionate and versatile performing, Kel-Anne Brandt is described as a performer with a beautiful voice and dynamic stage presence.

Kel-Anne Brandt is undoubtedly one of the hardest working Music Artists in Australia. Her versatility as an established recording and performing artist has her performing contemporary and classic country songs right across Australia and internationally.

Kel-Anne aspires to bring Joy, inspiration and motivation to her audiences.

Originally from Cessnock in the NSW Hunter Valley Wine Country. Kel-Anne made her stage debut at the tender age of three           and has gone on to perform and entertain fans both nationally and internationally, including being invited to sing for the                  Aussie Troops and Federal Police in the Solomons in 2007.

Faced with a life-threatening condition in 1997, Kel-Anne realized it was time to make a change and make a success from her career. She gave up her day job to follow her dream of being a country music star.

Kel-Anne has graced our TV screens with appearances as a commercial and TV actor. She appeared on Channel 7’s ‘All Saints’. Featured on Prime TV Show ‘Little Bit of Country’ and she has also performed regularly on ‘Good Morning Australia’ with Bert Newton.

Kel-Anne has earned scores of Music Awards since beginning her professional career in 1998.

Kel-Anne has recorded 5 Albums and 3 Ep’s - She has appeared on legendary television shows such as the Bert Newton Show and has performed duets with the likes of Aussie Rock Legend Brian Cadd.

In 2014 Kel-Anne Won the coveted ‘Mo’ Award for the ‘Julie Anthony Female Vocal Performer of the Year!

Now in 2019 Kel-Anne has just released her new Album ‘Let Music Give You Wings’.